Tropical Storm “Emily” held our board on high alert for our National Day celebration on August 1st, 2017 at the Bonita Bay Private Beach Club! Despite the heavy rain curtains passing the venue, the weather cleared up just in time for the arrival of the 53 members and guests. The decorative Canton flags waving in the sea breeze and the sound of Swiss music set the right atmosphere. Everybody enjoyed the and the Apero offered by the Club at this beautiful afternoon.

Our President, Maria von Atzigen welcomed the group to our 726th Birthday. She introduced 6 new members, the guests and the board members. We were listening to the message from the Swiss President Doris Leuthard to the Swiss abroad. The official part was concluded with the singing of the first verse of the Swiss National Anthem.

In the meantime the delicious aroma of the grilled Swiss Bratwurst made everybody hungry. Harry Hauser and Walter Heierli did a great grilling job and the helpers served the Bratwurst with a Swiss Buerli. As always the members provided the desserts. The lively party was interrupted later by another rain curtain from “Emily”. A hard core group enjoyed staying longer under the Gazebo. It was a very nice National Day celebration.

We thank Monika Barthel for enabling the use of the Beach Club.

To all the board members a big thank you for your participation and executing the event. 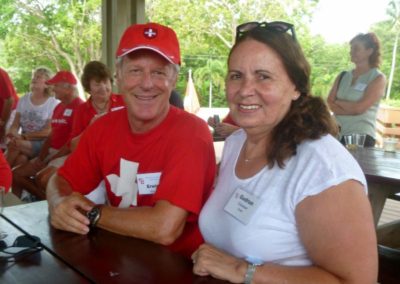 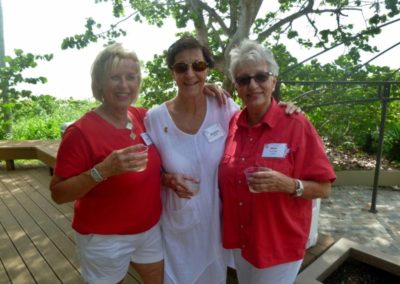 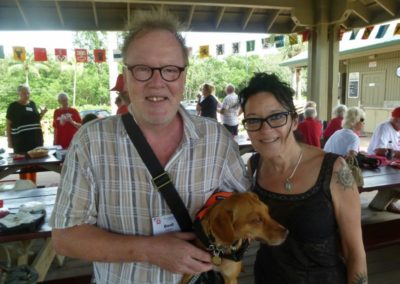 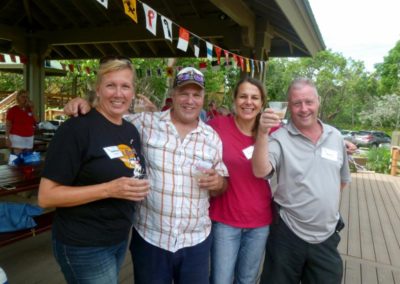 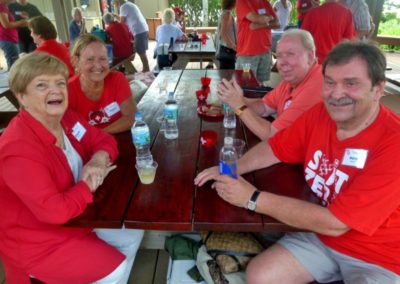 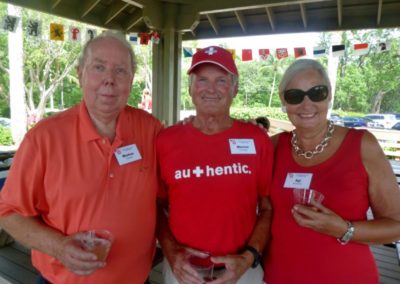 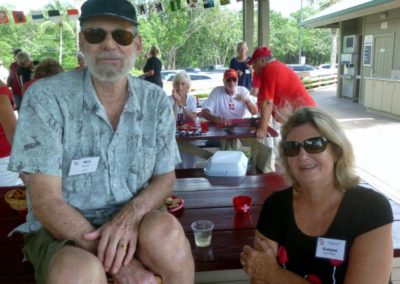 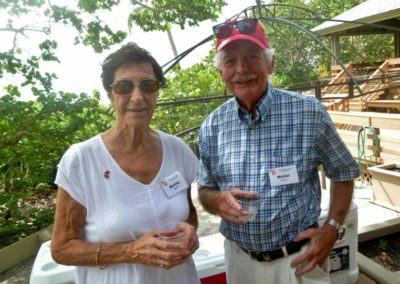 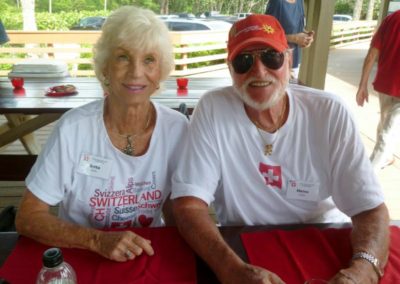 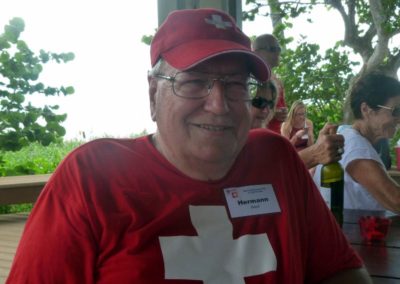 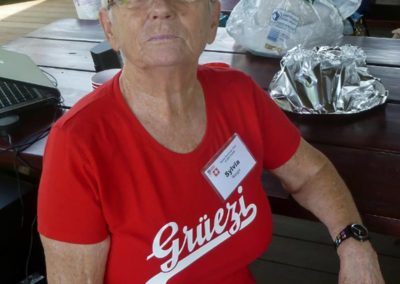 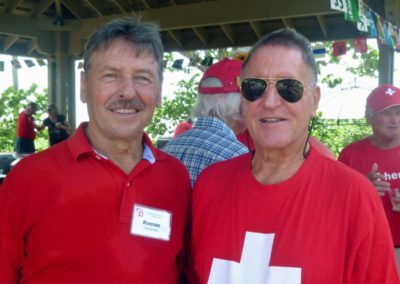 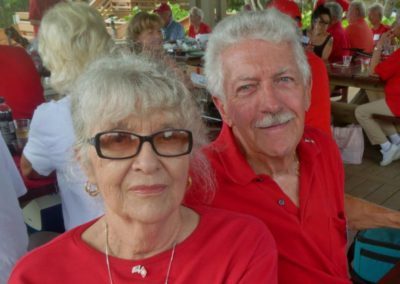 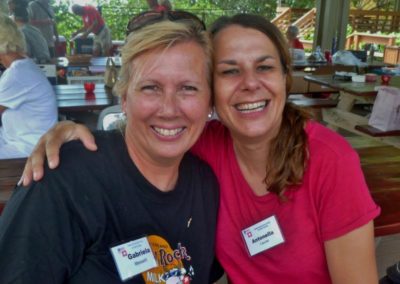 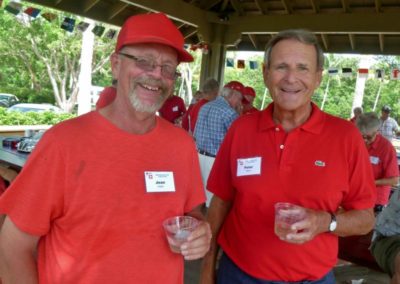 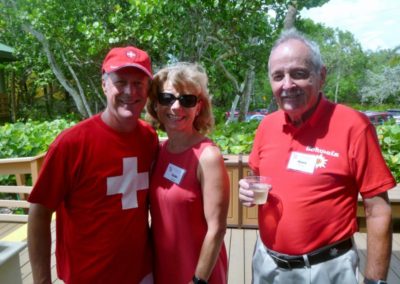 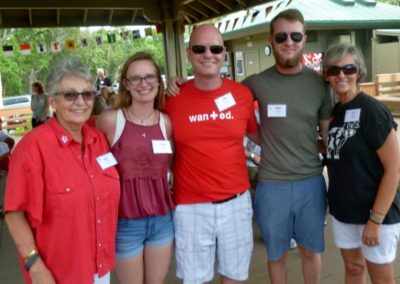 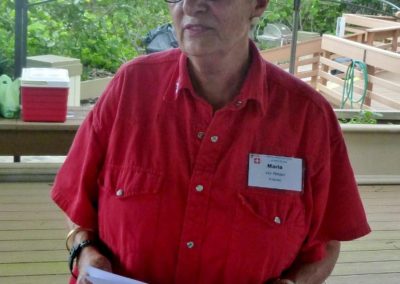 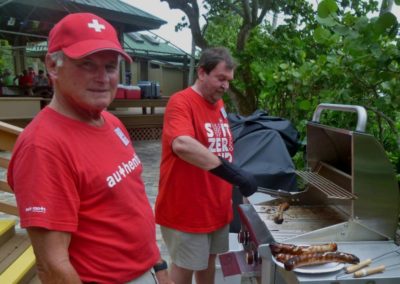