On Friday, July 10, nineteen club members met at the Pewter Mug 41 Restaurant in North Naples for cocktails, dinner and some games. The restaurant has a private dining room just large enough for the group. While some members visited there, others ventured over to the bar for a cool cocktail. But soon enough it was time to order dinner from the Early Bird menu. The soup & salad bar was a big favorite, but meat was also ordered from the menu. The requests kept the two servers busy, and soon one could hear the noise of silverware scraping on plates and the clinking of wine glasses as members toasted each other.

In order for the servers to clean the tables and rearrange them, the participants had to wait outside the dining room, which for some meant another trip to the bar! Hans Wenger singled out all those who wanted to play Jass, a Swiss card game. And Rony Roman found the directions for a table game that most of the Swiss had enjoyed in back home. There was laughter coming from all the tables, but the Jass players were far more serious than the others!

It is not known who won the Jass, if there even was a winner. And it was time to finish the evening before the table game was over. Oh well – there will be another time!

Text by Rosmarie Strother and photos by Vreni Gerber 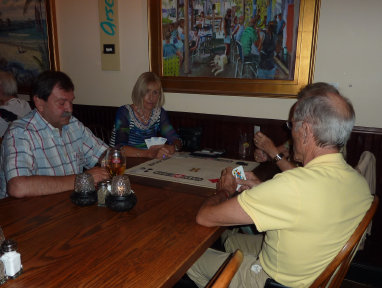 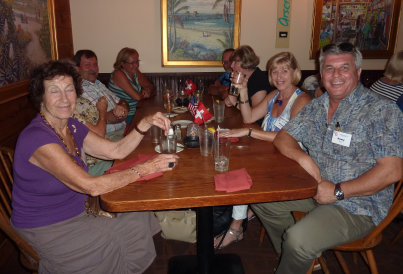 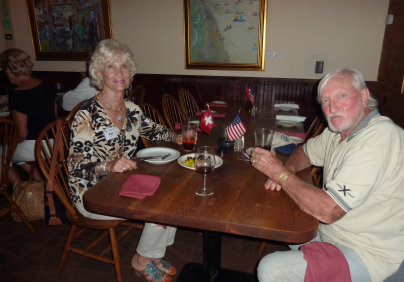 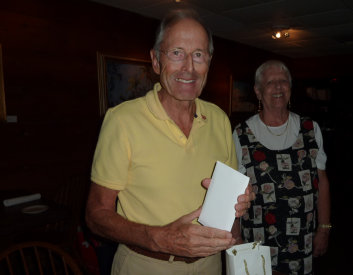 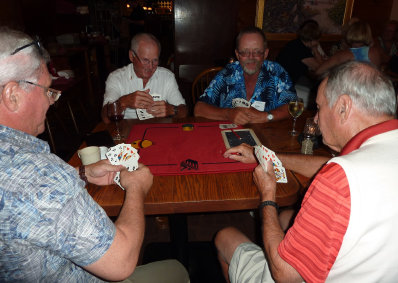 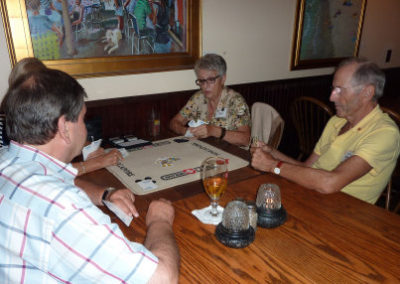 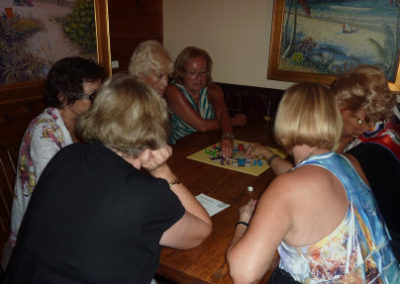 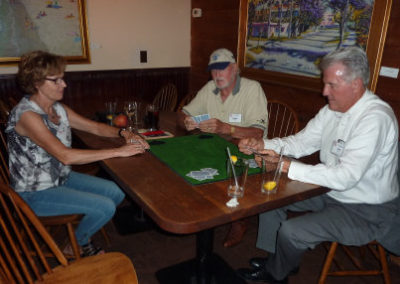