On Saturday, April 21st, 2018, 25 members met in North Ft. Myers. The weather was perfect and the “Stimmung” too.  After everybody chose their lunch, it was time for the guided tour. Gary, the co-owner, gave a short introduction about the farm. Everything they produce is organic. He mentioned the pigs, who are a special race.

We were able to see the Longhorn cattle. The chicken, ducks and turkeys are free roaming and seem to be happy!

After the tour, we were able to taste the good stuff. Three tables were occupied by the Swiss Group and everybody enjoyed the great food and drinks. Many had purchased meat, yogurt, lard and eggs. It was great to learn that right in front of our door steps there is an organic Farm. (see more about the farm) 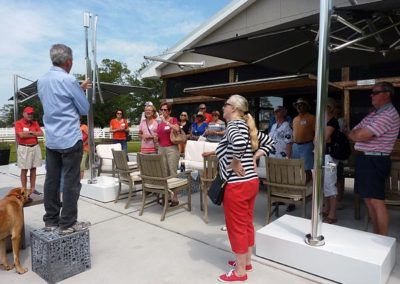 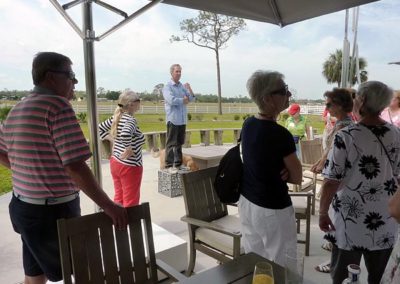 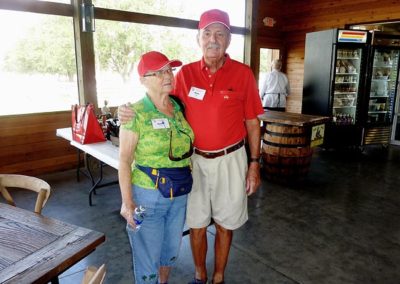 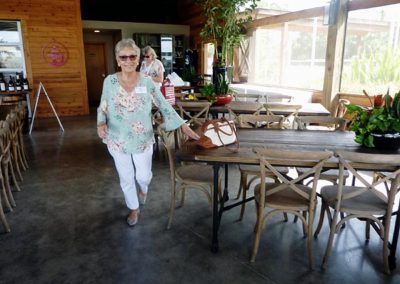 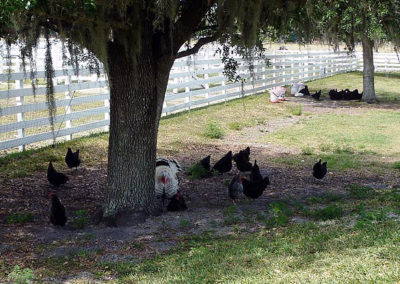 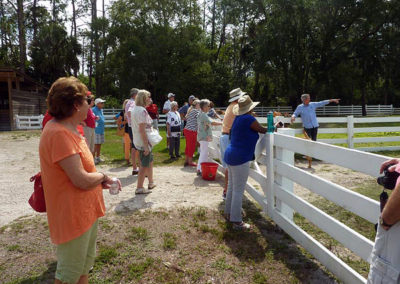 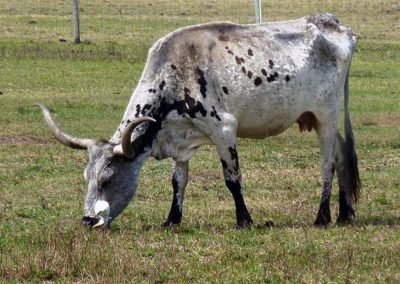 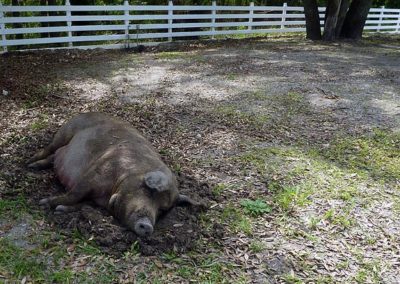 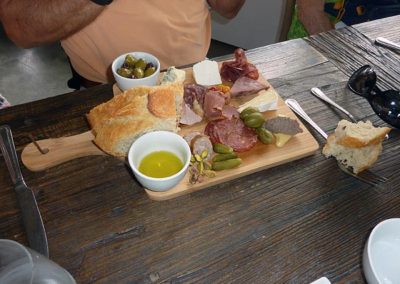 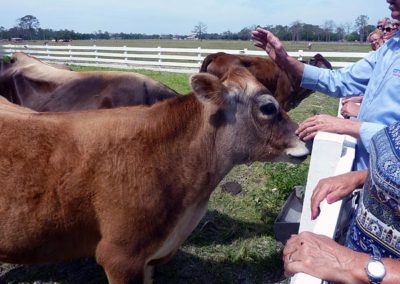