On Saturday, August 1st, forty-seven grown-ups and three kids (incl. one toddler) met at the Commons Club on Bonita Beach for the annual celebration of Swiss National Day. Red and white are the Swiss colors, and just about everyone wore them. Board members had gone to the beach well in advance of the others in order to hang up American and Swiss flags. The banners with the flags of each canton soon waved in the breeze. Vice President Hans Wenger got the music going and Swiss folksongs played softly in the background.

Once everyone was there and checked in, Ursula Heierli started to serve the crisp white wine sponsored by the clubs’ treasury. Hans Wenger welcomed everyone and then played the address of the Swiss President, followed by the Swiss National Anthem. He then gave the signal to the grill masters (Walter Heierli and Harry Hauser) to start grilling the foot-long special Swiss Bratwurst, ordered from a place in Denver, CO. Board members organized themselves as servers, and soon the conversation sort of quieted down as everyone was eating.

The invitation to the event had included a suggestion that home-made desserts would be welcome. The participants responded with quite a display of fruit tarts, cakes, cookies, etc. There were not many leftovers! And once again a lovely day at the beach came to an end, the flags were taken down, and the crowd dispersed into their cars.

Thank you, Hans Wenger, for organizing this event, and thanks to the Board members for helping with the set-up and the clean-up.

Text by Rosmarie Strother and photos by Dori Moser 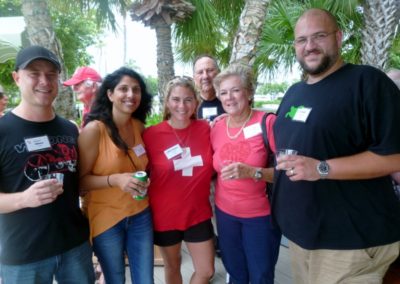 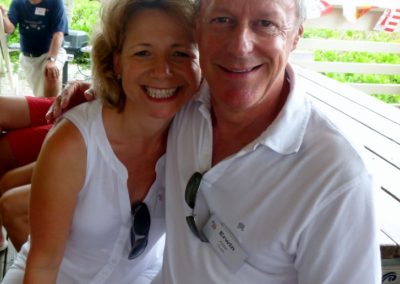 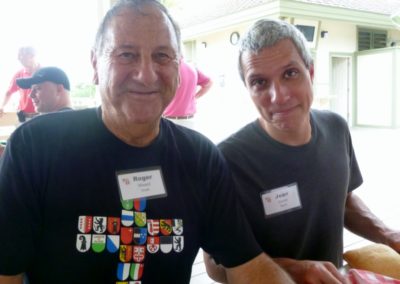 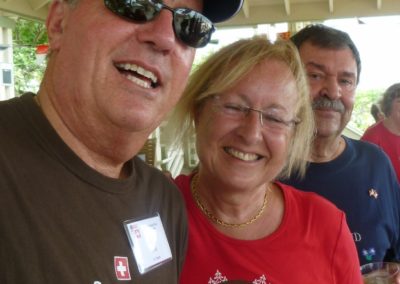 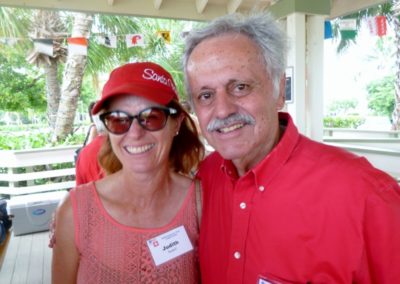 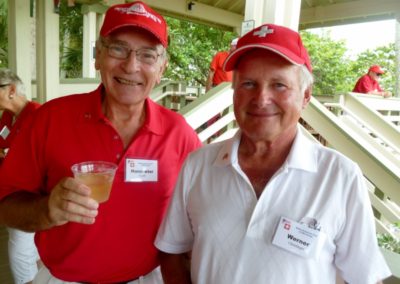 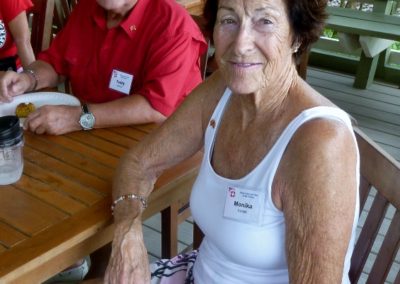 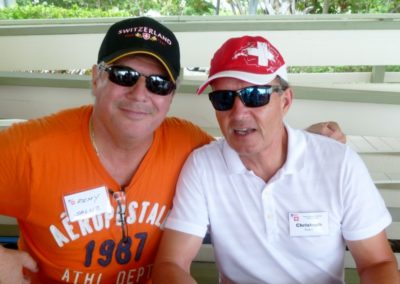 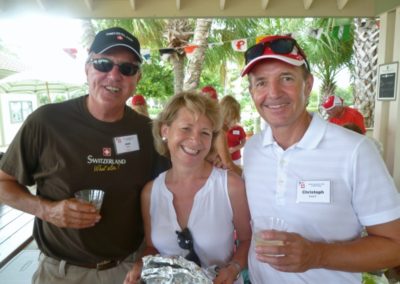 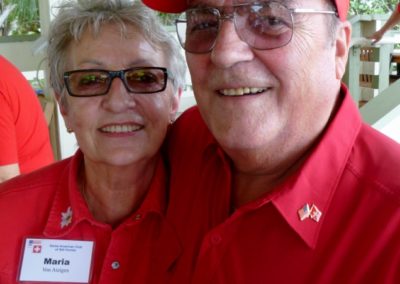 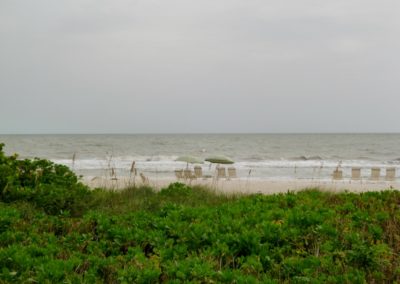 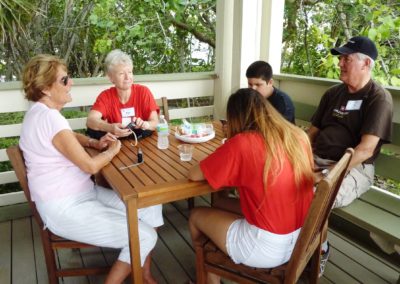 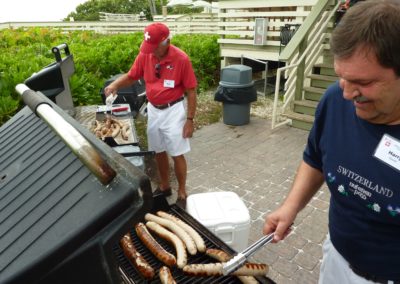 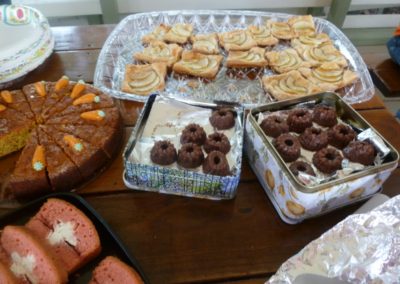 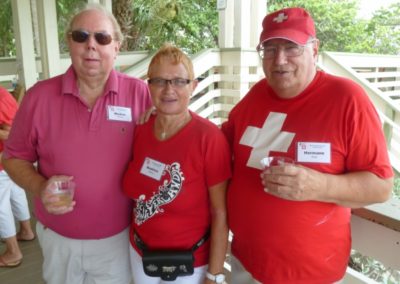 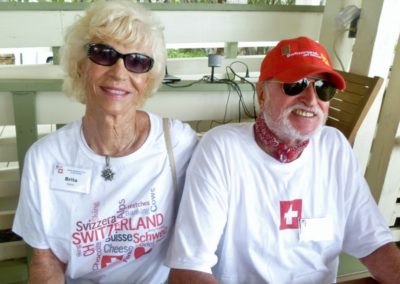 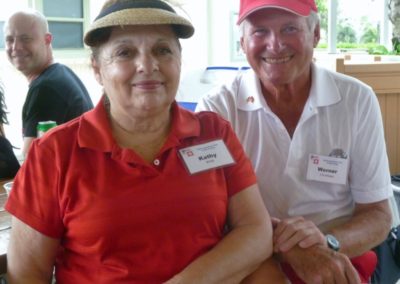 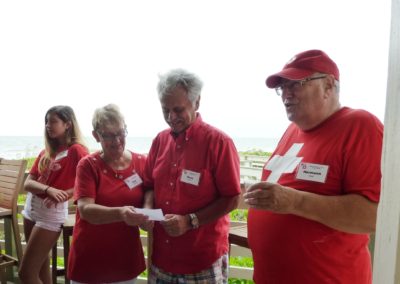 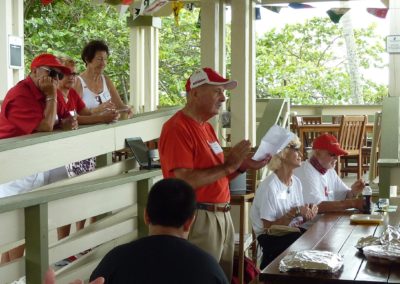 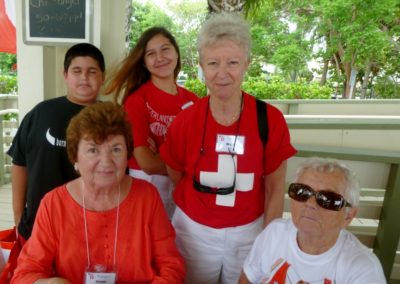 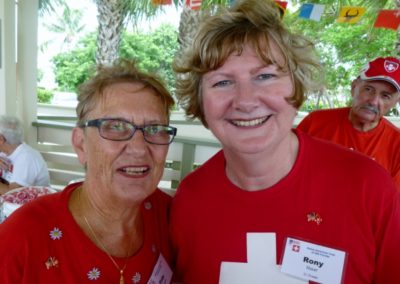 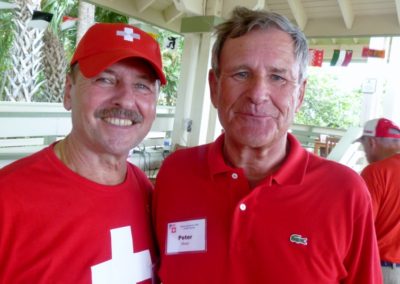 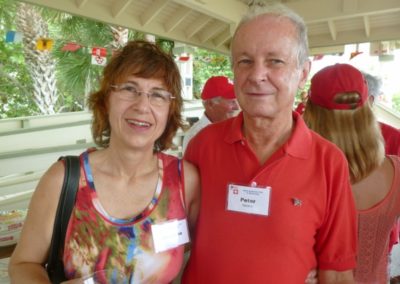 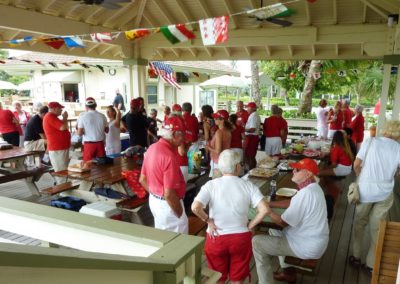 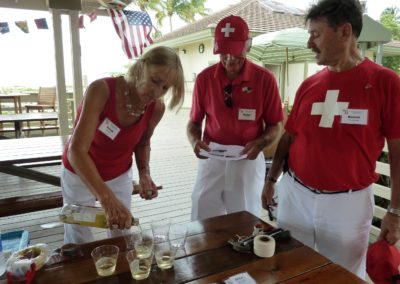 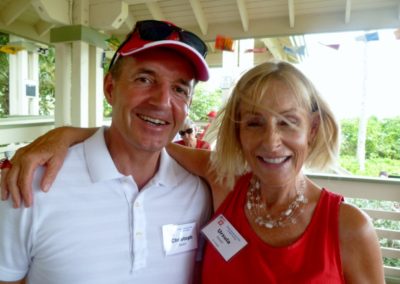